skip to main | skip to sidebar

I Say This As A Friend

If you review fiction, as a professional or as a hobbyist, and the word "implausible" turns up frequently in your writing...you might consider finding a more worthwhile use of your time, please.

Been Away. Back Now. 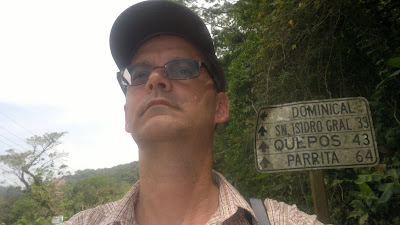 Spent most of March in Florida, Costa Rica and Panama.


This is the first book in a new series by Walter Mosley. His Easy Rawlins is a complex character; Leonid McGill, the new guy here, leads a complex life—too complex: I kept expecting his back story or his unsettled domestic arrangement or even the story threads involving his children to double back into the case he was working on. Nope; he just leads a very complex life.

There’s already a second book in this series. Maybe Mosley settles in a little there…

James Lee Burke’s admirable Dave Robicheaux series, set in and around New Orleans, always does a convincing job with those moments when Southern charm reaches its limit and the natural temperament of crooked folk living in extreme humidity comes to the fore.

As with many genre series, though, the impact has been lessened, I think, as publishers have insisted on higher word counts. Read an early book in any long-running series of the past couple decades and you will find a tighter, tenser piece of work than a more-recent entry.

There’s often an almost-Biblical quality to the violence threatened in a Robicheaux story, but as altercation after altercation ends in a draw (because we have hundreds of pages to go!), a reader can begin to feel like an onlooker at a schoolyard fight -- one of the jerks (speaking for myself) egging on the combatants when it looks like both are, sensibly, going to back down.